To The Mama Who Feels She’s Getting Nothing Done

To the mama who feels like she’s getting nothing done today….It’s almost 2pm on a Monday and I’m still in my pajamas.

I had plans to get up, go for my usual quick morning run pushing the jogging stroller, shower, have my coffee and dig into my inbox.

I was going to write at least three articles I’ve been toying with, finish some client writing projects and dare I say, get ahead?

Instead I got a call at 730 a.m. that my older daughter wasn’t feeling well and her dad would drop her off on his way to work instead of taking her to school. Thankfully, I work from home making this possible, but that doesn’t mean it’s not a wrench in my day.

My little one just wants to play. With blocks, dolls, books, instruments. All of it. And she’s my last baby so I know these moments are fleeting.

Yet, I haven’t stopped. I’ve served chicken noodle soup on a tray bedside and meatballs (or beatballs as my toddler calls them) tableside. I’ve cleaned up toys, put away laundry, scrubbed chocolate off the baby’s face and then tried to figure out when the hell she had chocolate today.

I had a client call with both kids yelling for me in the background and have somehow managed to churn out a good amount of work.

My to-do list is mocking me as I sit on the floor pretending to talk into a play telephone over and over and over causing the baby to break into hysterics because she thinks I’m hilarious.

And I just want to change out of my pajamas. But I look at the clock and wonder if it’s even worth it at this point since I’ll be showering and changing for bed in a handful of hours. It will just add another pile of clothes to my laundry monsoon anyway.

So, let this be a reminder that sometimes mamas are still in their PJs at 2pm on a Monday, but it’s not because they’re lazy. It’s because they are putting everything before themselves. 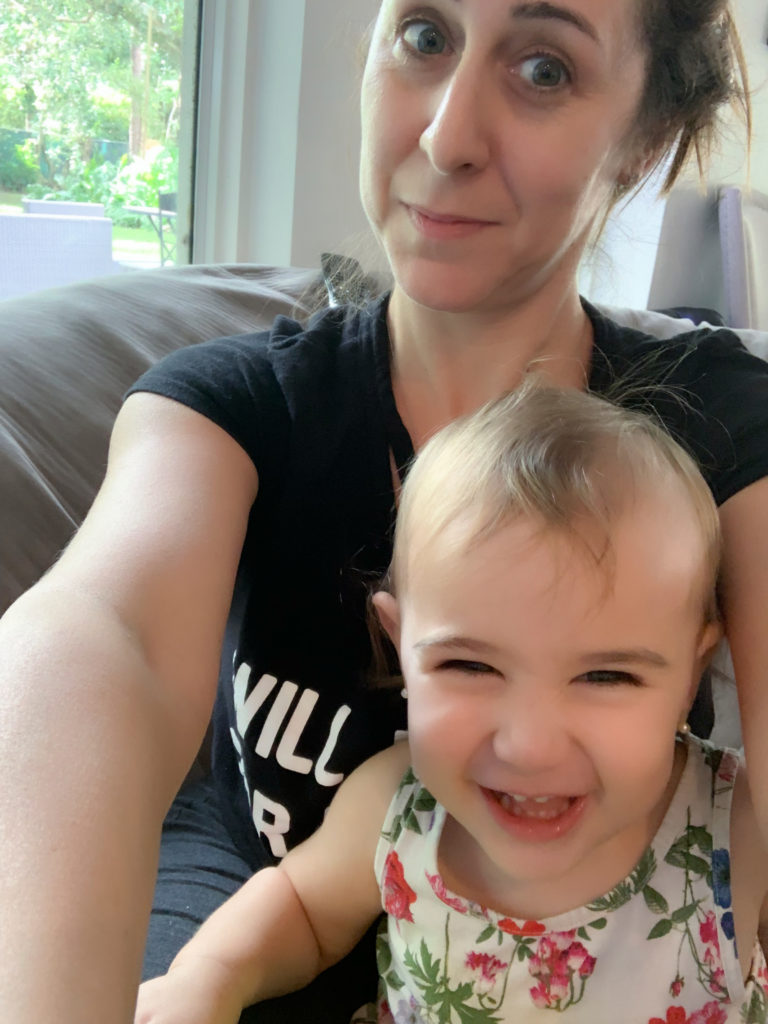